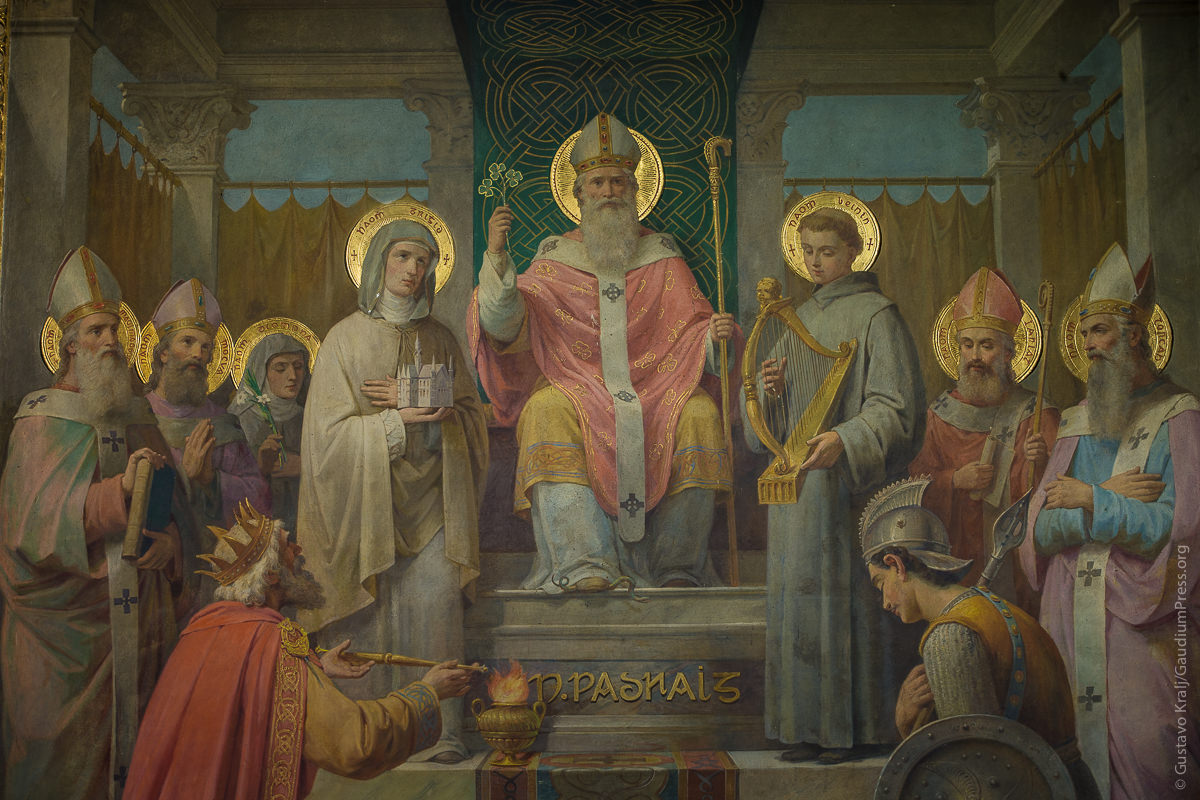 Saints: Teaching your children how to choose role models

Admiration is one of the main driving forces in the educational process. Most of us end up following a career, practicing a sport, reading books, walking or even combing our heir a particular way, … because we deliberately want to imitate a character we strongly admire.
Role models are a powerful force when it comes to shaping our ways of being -consciously or unconsciously. That role model -man or woman, young or old, famous or obscure- becomes part in our way of being, deeply shaping our decisions, habits, and in some cases, even setting the direction of our entire future.

Unfortunately, in the present era of hedonistic figures, sensual fashions and shady characters, the ever-present media proposes the so-called ‘celebrities’ and ‘super-heroes’ as the unquestionable models to be followed, cherished and above all, imitated.
A typical ‘celebrity’ sports success, temerity, health, money, a sculptural body and fame as unchallenged values to be pursued. Physical attractiveness, muscular strength and a smart attitude of self-sufficient flair are proposed as the perfect recipe for success, fame, and happiness.

Quite often, though, something in these popular characters seems to be missing: most of these ‘super-heroes’ lack traits of beauty and holiness. Ant this is precisely what worries many good parents and educators: popular ‘celebrities’ are definitely unsuitable and misleading models for our Children. What to do?
To start with, most of the super-heroes we are bombarded with, do not exist outside the lab-like atmosphere of the Hollywood studios. The flash-like fast succession of images portraying impossible car chases and ultra-quick fist fights, rarely depict the veritable super-heroes of the real life.

Conversely, the history of mankind has registered a myriad of stars that shine for their virtue, for their immense heroism, for their authentic deeds of strength and above all for their true moral stature: the saints.
Real heroes, they were weak, frail, and most of the times seemed hopelessly overwhelmed by tremendous odds. And yet, not only they became famous, but their names indeed defied empires, tyrants, persecutions, the passage of centuries and even millennia.
Why were the Saints true-heroes? Certainly not because they were one of those narcissistic products we find in many super productions and malls… The Saints were super-heroes because they stood their ground based on holiness and virtue, sustained by their unshakable Faith in God and in His Grace; their perseverance against unsurpassable odds made them real heroes; their unswerving path of courage and spiritual strength raised them to that particular place only reserved to spiritual giants: sanctity.

So if you are a parent or an educator, pause for a moment and research on the lives of the Saints… Among them, you will find most inspiring figures, surpassing motivational speeches, legendary characters and incredible moving episodes that will motivate you and your little ones for years to come. And you will be able to guide them through paths where the unexpected can happen. Above all, you will be able to feed their soul with the real heroes whose example will render them a reward that has no comparison. In other words, a reward that produces “a hundredfold here on earth… and eternal life.” (Mark 10:49)