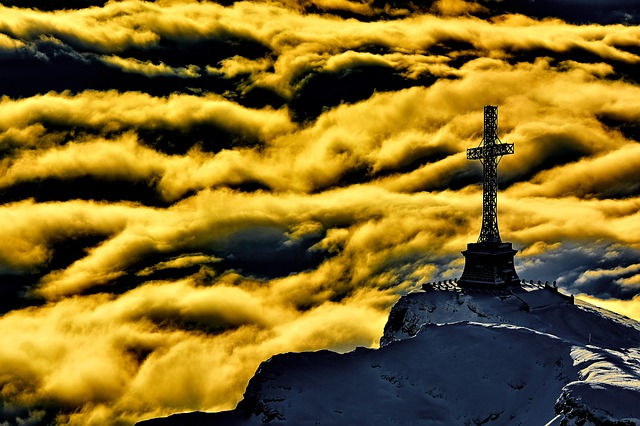 Education and the Meaning of the Cross

In ancient times, death by crucifixion was considered one of the most horrid way  of perishing. The symbol of the cross was associated to so much infamy that the mere sight of it would produce terror and rejection. Such were the negative feelings triggered by the Cross, that it seemed almost impossible to behold it without reeling and shaking in fear.

It was only about 400 years after the death of Jesus, that the Cross finally started to be considered as a fitting icon of Christianity. From a dreaded and feared shape, it slowly turned into a symbol of the higher degree of heroism, courage and strength.

The once rejected and infamous Cross, became the favoured decoration to top castles and Cathedrals, Shrines and Chapels, monuments and even the crowns of Kings.

Yet, deep in the innermost recesses of our soul, there is quite a conflict, almost a contradiction. We love using golden crosses, we admire steeples and towers toppled with crosses, we even donate to institutions such as the Red Cross, and gladly  buy expensive art portraying it. And yet, the moment we have to suffer, or carry real life crosses on our shoulders… we fear and reject them with almost the same intensity as in ancient times our ancestors would.

Ad Lucem per Crucem: to the Light through the Cross

Crosses, nevertheless have a fundamental role to play in our life and above all the education of the young generations . How? The answer is given by the Crucified  Christ Himself: “If any of you want to become my followers, let them deny themselves and take up their cross and follow me.” Matthew 16:24

What Jesus teaches us in His Gospel is one of the golden rules to success in the practice of a fundamental virtue: self-denial.

Self-denial as an educational tool

There are no means to effectively acquire virtues and to practice them without saying no to our imperfections, vices and bad sides. And this is particularly true in our early years and adolescence. How difficult it  seems, sometimes, to get rid of a vice acquired during youth! On the contrary, good habits formed early in life, will generally carry on well into our old age. As St John Bosco teaches, “those who wish to be great should start in his or her early years courageously walking in the path of Virtue”. In other words, teaching youth  to say no to things that make us weak, ill, sinful or proud in the eyes of God is one of the most powerful tools in education.  This is, in fact, the most important task of an educator, parent or teacher: to cultivate in the young hearts the love of virtue and to drive away vice.

The Cross: our path to freedom

Embracing the Cross means exactly to confront our deepest fears; means to take in our most dreaded sufferings; means to delve in the zones of our soul which we do not have the courage to face. And yet, the more we embrace the Cross, the stronger we become. The Cross is our best friend,  our best source 0f strength. And once we have finally come to embrace our Cross with joy, we will have found the path to freedom, as the Scripture teaches us with sublime yet realistic poetry: “But take care and watch yourselves closely, so as neither to forget the things that your eyes have seen nor to let them slip from your mind all the days of your life; make them known to your children and your children’s children “  —Deuteronomy 4:9