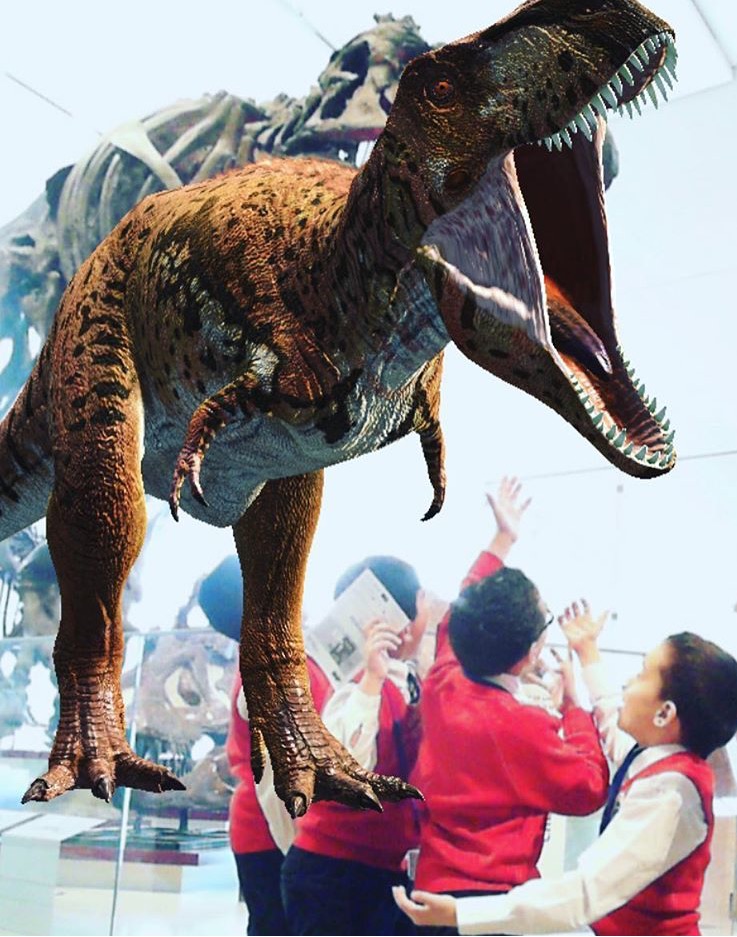 The ROM and all it’s fantastical beasts

A trek to see a T-Rex

Our field trip to the ROM was a terrific success! We began with a tour of the dinosaur exhibit and the gigantic skeletons on display didn’t fail to amaze. The Augmented Reality stations in the exhibition allowed the students to experience dinosaurs in surprising, new ways. Two giant digital walls depicted dinosaurs from the northern and southern hemispheres that reacted to the movement of visitors as they approached. The students were thrilled to explore a range of interactive activities which included dressing up in dinosaur costumes and fossils excavations.

Dare to brave the cave?

Later we moved onto the ‘bat cave’ to study these mysterious creatures of the night. It was simultaneously unnerving and captivating for our students to explore the very realistic portrayal of a cave based on ROM fieldwork at the St. Clair Cave in Jamaica which has provided a home for bats for perhaps thousands of years. Profiling the behaviour of bats in a simulated natural habitat made for an immersive and engaging experience.

After the thrills of the bat cave, we moved onto more familiar territory – the Canada exhibit gave students the chance to explore Canadian artifacts and symbols. Canada’s rich heritage is one of diverse cultures and deep roots, originally defined by Aboriginal cultures and subsequently by English and French arrivals, and later by a mosaic of international immigration. The students explored the development of Canadian identity and Canadian-ness in the context of place and climate through centuries.

The students had a ‘dinomite’ time learning all about new concepts that further sparked their interest in the study of science.