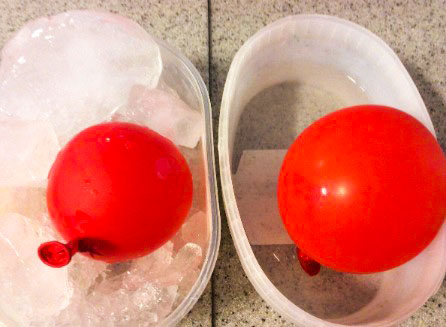 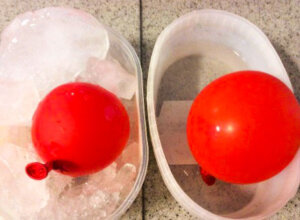 At GLA, the grades 7 and 8 class performed a simple experiment in science. They have been learning about thermal expansion in different states of matter.

On June 9th, the students conducted an experiment on the laws of thermal expansion and contraction.  We took two balloons and blew them both to the same size. One was placed in a tub of ice and the other in warm water.

We noticed that the one kept in the cooler temperature contracted and the other expanded. We studied that molecules get excited and expand according to the temperature.