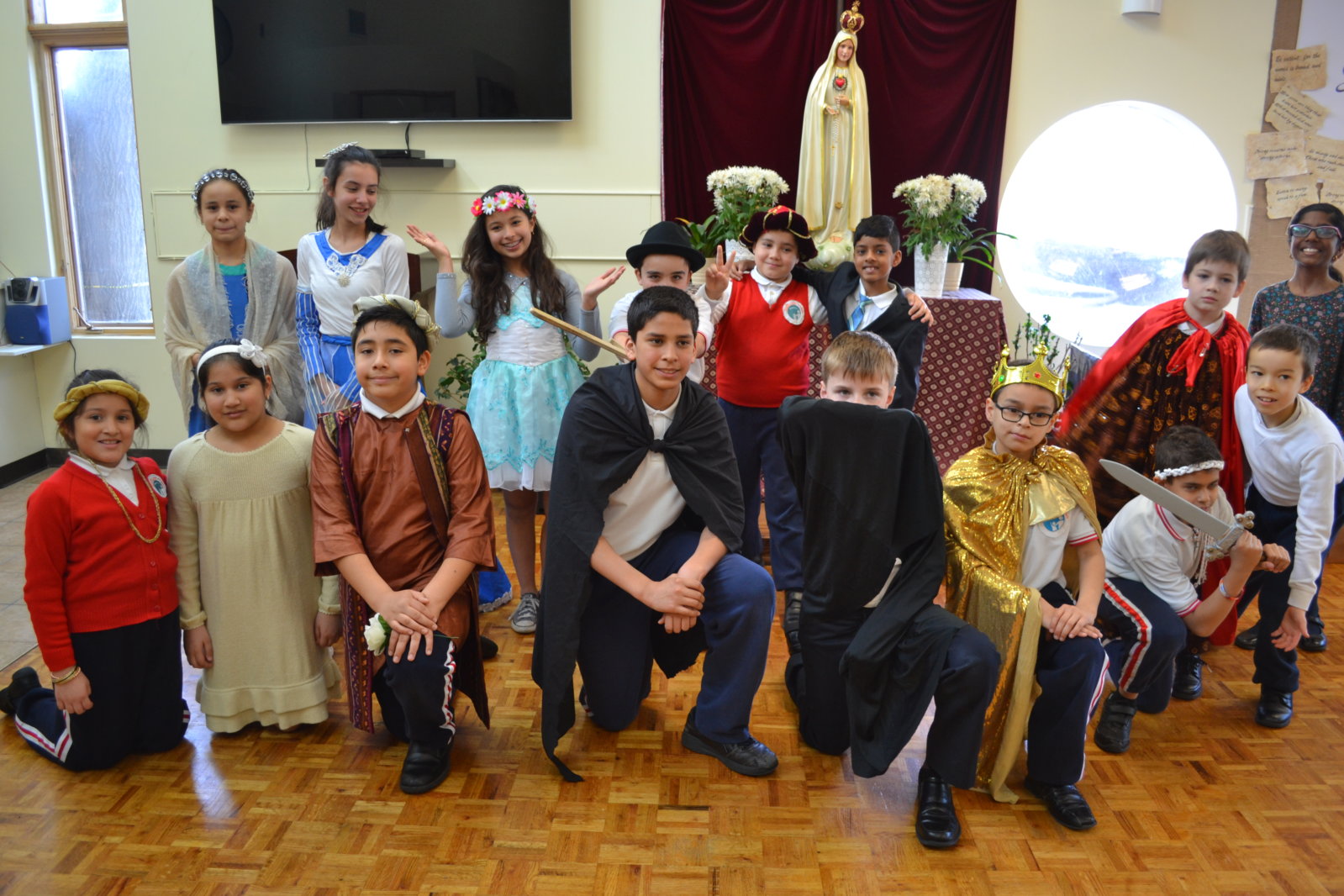 We are such stuff / As dreams are made on
The Tempest, by William Shakespeare

In honor of William Shakespeare’s 453rd birthday, the students, parents and staff at Guiding Light Academy celebrated by commemorating the school’s very own Shakespeare Festival. Part of the genius that is Shakespeare was the fact that his work appealed to everyone, from kings to peasants. More than 400 years have passed since his birth, and his plays are still being read and performed all over the world. To pay homage to the world renowned playwright, the last week of April was solely dedicated to learning about the writer and appreciating the mastery of  the his literary works.

Students of all age groups were introduced to Shakespeare and taught about his contributions to the world of literature. Older pupils from grade 3 and up practiced and performed Shakespearean skits from “Who Am I?” presentations to originally written sonnets. They also acted scenes from “The Tempest”, along with a variety of famous monologues and Shakespeare’s own sonnets. These performances were an excellent way of introducing students to the dramatic arts. They seized the opportunity to channel their inner creativity and express their acting talents on stage.

In addition to these lovely performances, professional actor Andrea, from Toronto’s Shakespeare in Action Theatre Company, joined the students to help expand their theatrical knowledge. Andrea employed crafty methods, such as tableaus and vocal exercises, to teach the students Shakespeare’s famous comedy play “A Midsummer Night’s Dream.”  The workshop was entertaining and an excellent source of knowledge for GLA ‘s budding actors, their parents and the staff.

William Shakespeare is a significant individual in the world of drama and literature and learning about his contributions is an excellent way to celebrate his works and keep his art alive.