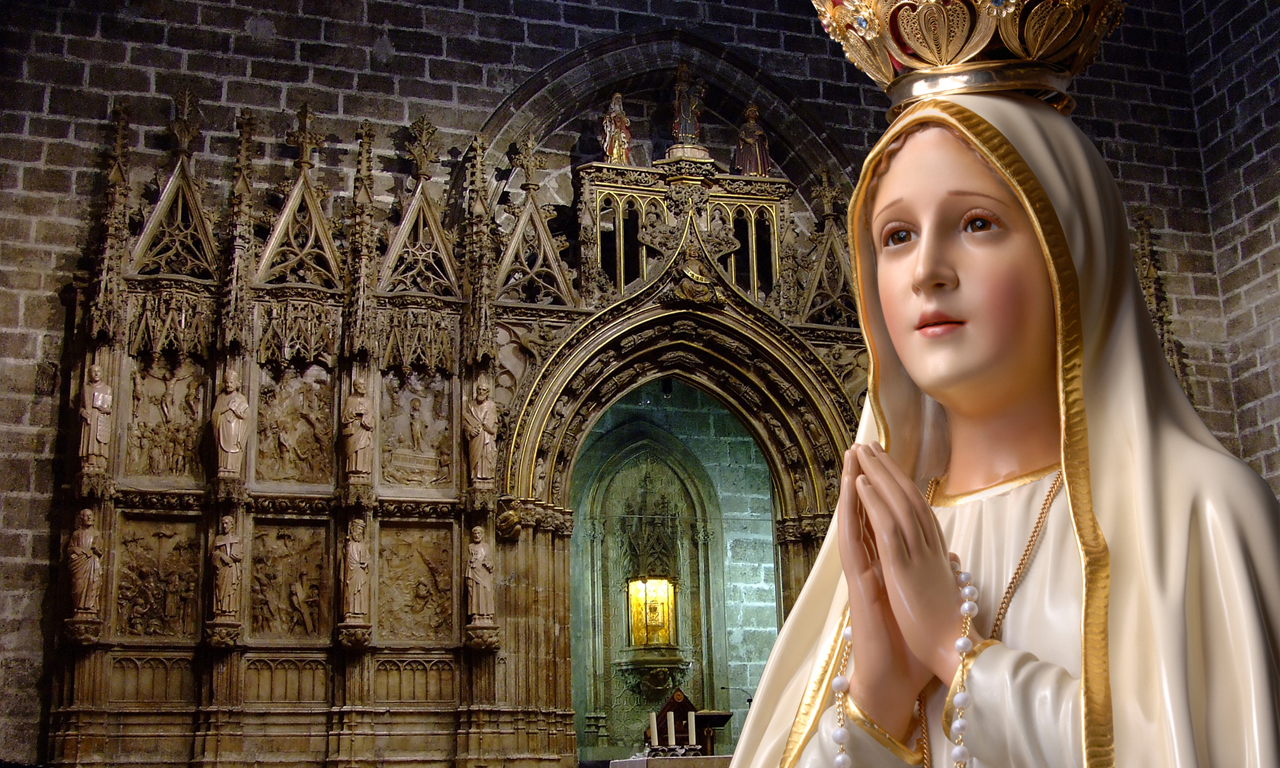 The Rosary: Ultimate Gift To Mankind

One of the most common prayers of the Catholic Church, if not, the most common, is the Holy Rosary. Given to the Church by Our Lady through Saint Dominic Guzman, this prayer has had a great impact on the history of the world. It was a gift from Our Lady to all of us. A gift to help us through difficult times, during our studies, and even to help during great international problems. It is a prayer of simplicity and grandeur, but above all, it is a maternal gift from a mother to her children; a gift so great, that we celebrate it every 7th of October. The origin of which is also of great fascination.

In the late half of the 16th Century, the Catholic Church was under a unique threat, since the battle of Tours in 732. The Ottoman Empire had a huge fleet that could attack anywhere in the Mediterranean without finding resistance. All of Christendom was under great peril.  Pope St. Pius V organized a league of forces from different nations of Christendom to join together and fight the threat. On October 7th, 1571, the Holy League and the Ottoman fleet faced each other and fought in battle.  On that same day, while discussing matters with his secretary, the Pope stood up, went to the window and gazed outwards. He then told his secretary to pray the rosary with him. Across the Mediterranean off the coast of Lepanto, the battle had started…

The Christian fleet was having a difficult time in battle as the Ottoman forces were having the upper hand in the battle. Then, at the same time the Pope was praying the rosary, Our Lady appeared in the sky. The Turks were dumbfounded to see such wonder and all of a sudden, the wind changed in the opposite direction to the favour of the Catholics.  The battle turned from a probable Ottoman victory to a Catholic Triumph. Europe was saved for the Christian Faith and the Turks were pushed back to Constantinople.  Many thousands of Christian slaves whom were captured in other offensives of the Ottomans were freed. It was a great victory for the protection of the Catholic Church. All this happened in thanks to Our Lady and her rosary.

In Honour of Our Lady

Later on, Pope Pius V instituted that October 7th will be celebrated as Our Lady of victories in honour of the aid she gave to them on that day. The name would be changed afterwards to Our Lady of the Rosary.  The rosary can do even more incredible things than gain a victory over enemy forces.  More importantly, it could gain victory over enemy forces in spiritual battle.

A Prayer of Simplicity and Grandeur

The Rosary is a prayer composed of different little prayers. It starts with the Apostles creed. It contains the perfect prayer: the Our Father; the Hail Mary (also called the Angelic salutation);  and along the recitation of them, one can meditate on the life, death and Resurrection of Our Lord Jesus Christ.  Moreover, Saint Louis Marie Grignon de Montfort said that the rosary is the best way to reach sanctity.  The rosary is a prayer that is simple to do, yet very rich in graces and virtues. It is a prayer of the Queen of Heaven and Earth and it meditates on the life of the King of kings, the Alpha and the Omega, the Beginning and the End. Our Lady gave us this prayer in order to help us in our everyday needs, physical and above all spiritual. Saint Dominic Guzman once converted thousands from heresy with this same prayer. Truly a gift from Heaven to the faithful from none other than our heavenly mother.

Our Lady, among her many titles, has the title of Mother of mankind.  As a  veritable Mother, she wants to help us as much as possible to attain Heaven.  This is the reason why she gave us the rosary. As children of God, there is no better gift than to pray the rosary. Besides Holy Mass, can you think of any better gift to give?

Fatima and the Rosary

Our Lady of Rosary, or under her original title, Our Lady of victories, will always help those who ask for her intercession. And it was in Fatima that she appeared to three little Children to encourage them to pray the Rosary for the future of mankind. As we form our children in many ways, parents and educators need the rosary as an authentic tool to model the hearts of children, bringing them close to Mary and Jesus. It is through the rosary that the luminous words pronounced by the Queen of Angels and  Refuge of Sinners will come true: “In the end, my Immaculate Heart will triumph…”